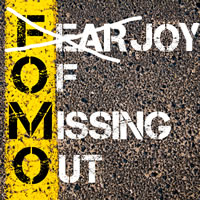 JOMOabbreviationthe joy of missing out

It was only a matter of time before someone – in this case Fake’s fellow entrepreneur Anil Dash – came up with a counterpart acronym, which encapsulates my stance towards tarot cabaret: Jomo, the joy of missing out.

An oversized fedora (leather band) is a) more chic, and b) less annoying for everyone else. See Naomi Watts for inspo.

Obvi she didn’t want to get in trouble, but wait! There’s more to it than that!

ancestral healthnoundiet based on the presumed diet of our Palaeolithic ancestors

‘Ancestral health,’ to use a term popular among Paleo followers, has gone mass.

Which is odd, because in many ways my husband has the instincts of a wild boar, and Ancestral Health – the lifestyle extension of the Paleo or ‘Caveman’ diet – is about going way back to a time of elk-jerky-eating, loincloth-wearing Lascaux dwellers.

Golden rice, as it is called, is meant to combat vitamin A deficiency, a huge problem in developing countries in Asia and Africa. Vitamin A deficiencies affect children and pregnant women who suffer everything from blindness to infections to death.

The law of sine (the sine theorem) 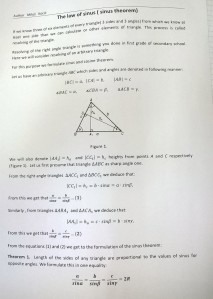 The law of cosine (the cosine theorem)

Either way, the car looks mint.

I have to kill my bae because he is CHEATING ON ME.

negverb(informal)to insult someone in order to attract theme sexually

I watched JBU this week and nearly choked on my drink when you talked about negging guys to pick them up. Just had to share.

EvelabbreviationEnglish votes for English laws; the idea that only English (as opposed to Scottish, Welsh or Irish) MPs should be allowed to vote for laws that affect only England

Yet these are the two principal constitutional proposals that have come from the Conservative party in its kneejerk response to Ukip’s English nationalism and an ill-thought-out drive to impose what is commonly called ‘English votes for English laws’ (Evel).

English votes for English laws, or EVEL as it has amusingly become known (well, amusing to those of us with a penchant for jumping bikes over buses), came to dominate.

Putin, you mentioned. The late Hugo Chavez was a certainly a leading democratator as well.

After a long break 😀

In January we asked over 450 teachers from around the world to vote for the biggest writing challenge they face in their classroom. Since then we’ve dedicated a month to each of the top three voted for challenges with a series of webinars and blog posts from some of Oxford’s top teacher trainers. During our survey we also received some fantastic comments from teachers telling us about other writing challenges they’ve encountered. Join us as we take on 3 extra challenges raised by teachers like you. In this blog Olha Madylus addresses the first of these challenges:

Maybe this is something you have experienced? Teenage learners in particular can struggle with formal writing. They rarely use formal vocabulary even in their first language, and don’t see the relevance of formal writing. However, for most teenagers this will prove an…